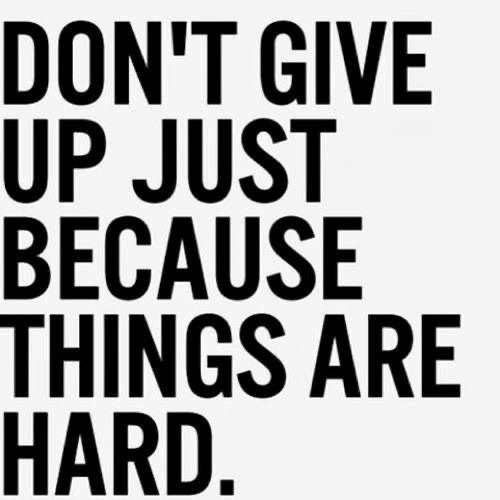 That’s what people want you to do is give in.

It took the Egyptians countless years to built the pyramids for their rulers as they took years of grueling hard work to build them for their rulers to show the importance of their death after they have passed.

It took Michael Jordan countless tries to be on his high school team after the coaches rejected him and told him he wasn’t good enough.

People looked at Martin Luther King has insane or crazy for trying to get people to see his views and all that he says about peace and equality between black and white people and many thought it would never happen.

Jeff Bezos created a billionaire dollar company with the support of his parents in his garage and is one of the richest people in the world as of today.

Cliche,cliche, cliche, is probably what you’re thinking but all of them have a reoccurring theme.

They didn’t give up.

Giving up is never an option. Reorganize. Take a breath. An attack the plan you have and never give up.